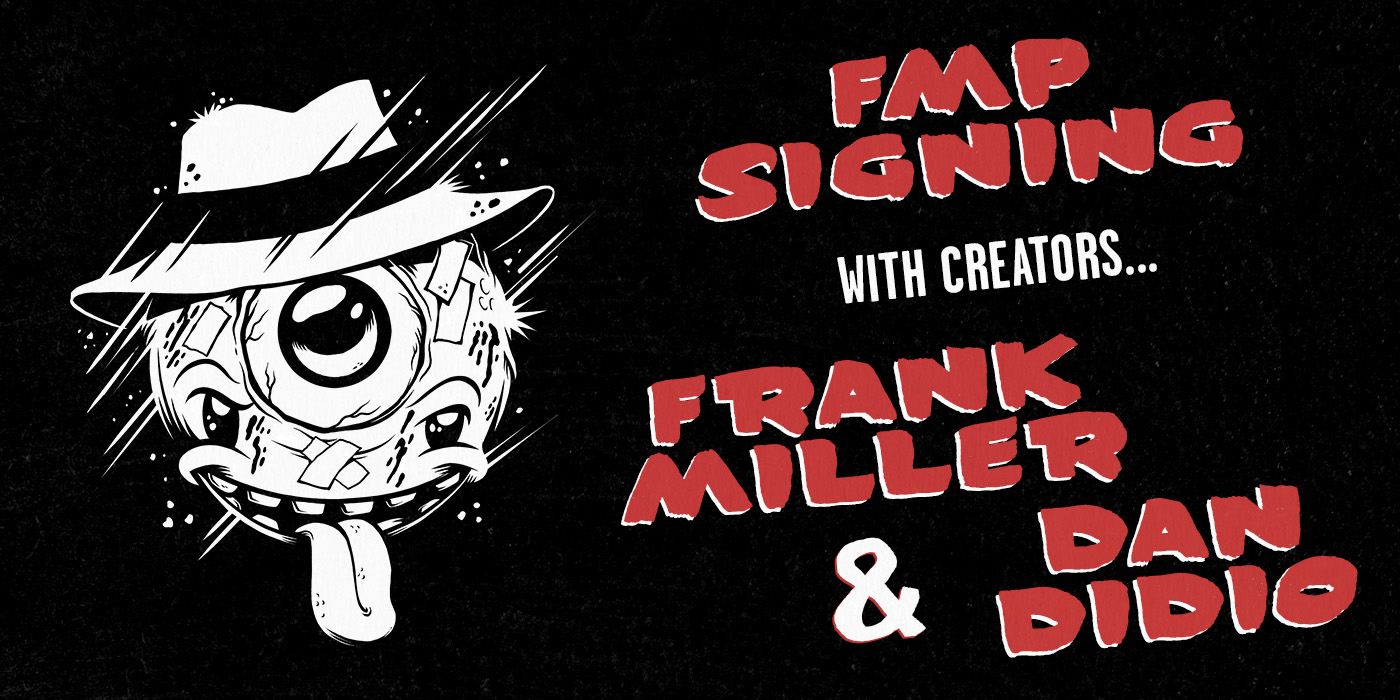 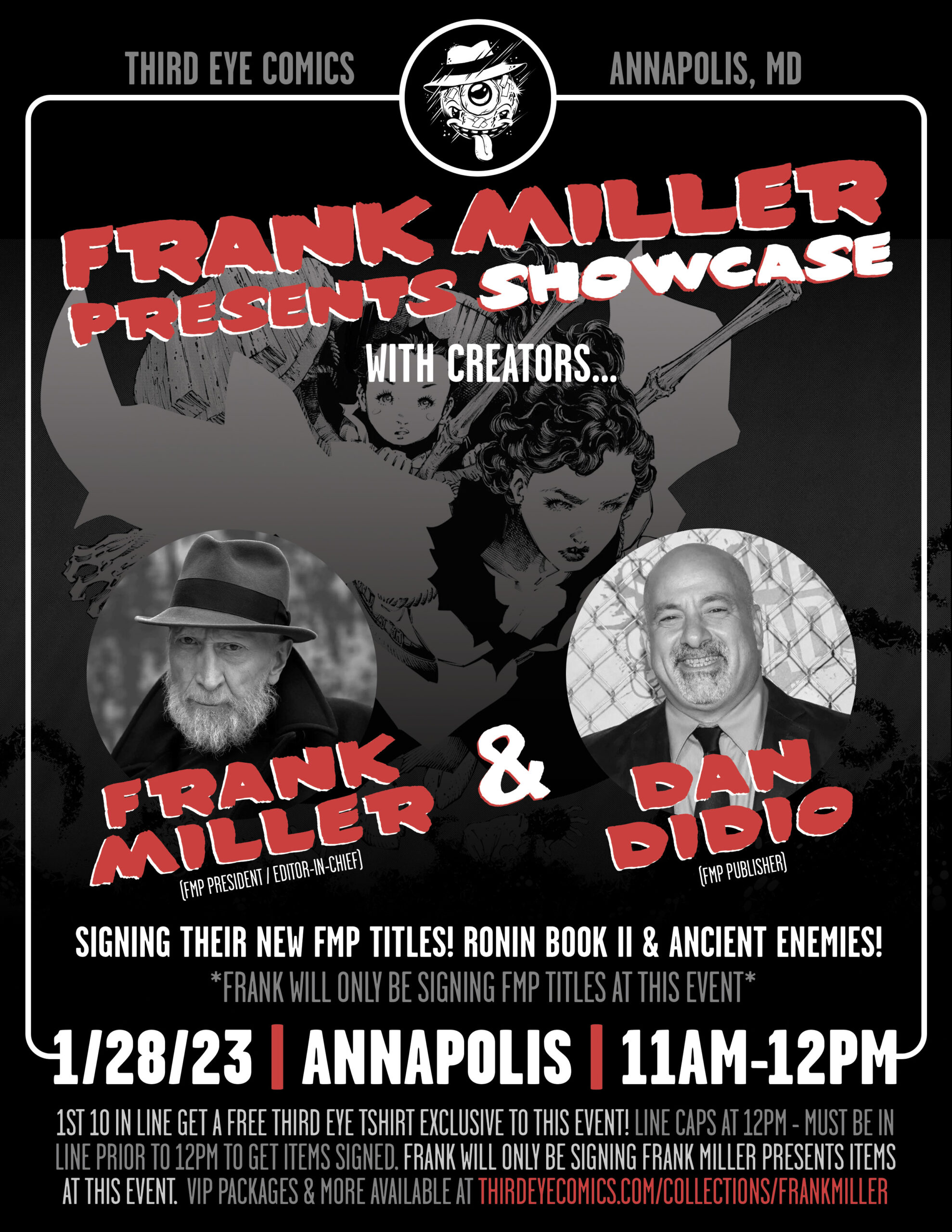 Third Eye Faithful, get ready for a LEGENDARY signing celebrating an all new era of FRANK MILLER with his brand new publishing company Frank Miller Presents! And joining him is DC Comics’ legend DAN DIDIO who’s work and impact on DC heroes & series over the years is immeasurable! These two legends are joining us at Third Eye ANNAPOLIS for one day only to sign their new Frank Miller Presents titles for you!

Join us at Third Eye Annapolis on Saturday 1/28/23 from 11AM-12PM to get some sweet signed comics!

Line caps at 12PM – must be in line prior to 12PM to get items signed.

1st 10 in line get a FREE Third Eye Shirt limited to this event!

Special Note: Frank will only be signing Frank Miller Presents items at this event. 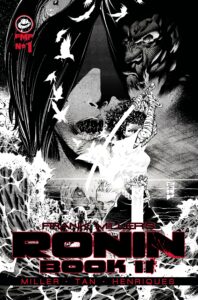 Frank Miller returns to one of his most critically praised and influential body of works, RONIN.  Theis six-part mini-series follows the original work and takes Casey and her new born son across the ravaged landscape of America.  With layouts by Miller, the beautiful panoramic art by Philip Tan and Daniel Henriques captures all the energy and excitement of the original series, taking the characters and world into a direction all its own.  Not to be missed! 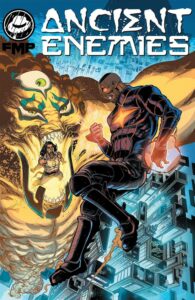 Earth becomes the final battlefield for a centuries old war between two alien races.  But this final conflict becomes the unintentional breeding ground for a new generation of super powers, each with the ability to influence the outcome of the war.  Some super powers choose sides, while others struggle to maintain their independence with the hope of saving the Earth.  This series explodes with new characters and creations, written by former DC Publisher Dan DiDio, with design and art by the industry’s newest rising star, Danio Beyruth.  As first issues, go, this one is not to be missed! 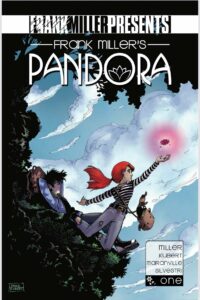 What if you could have everything you ever wanted, but it was at everyone else’s expense?
Drawn to a mystic Relic that can deliver all her heart’s desires… Anabeth Dean uses this power in an attempt to recreate the world and fill her empty life with friendship and loveBut power comes at a price and her “perfect new world” is replacing the real world around us.  Anabeth now has all she’s ever wanted, but her better place is an invasion… and she’s the gateway to the end of the world. Only she can stop it, but to do so, she must sacrifice everything she loves…
A new Young Adult Fantasy.  Created by Frank Miller with art by new sensation Emma (Inkblot) Kubert, and script by Anthony Maranville and Chris Silvestri (Star Trek Discovery)  This is the latest book in the great line of titles from Frank Miller Presents.