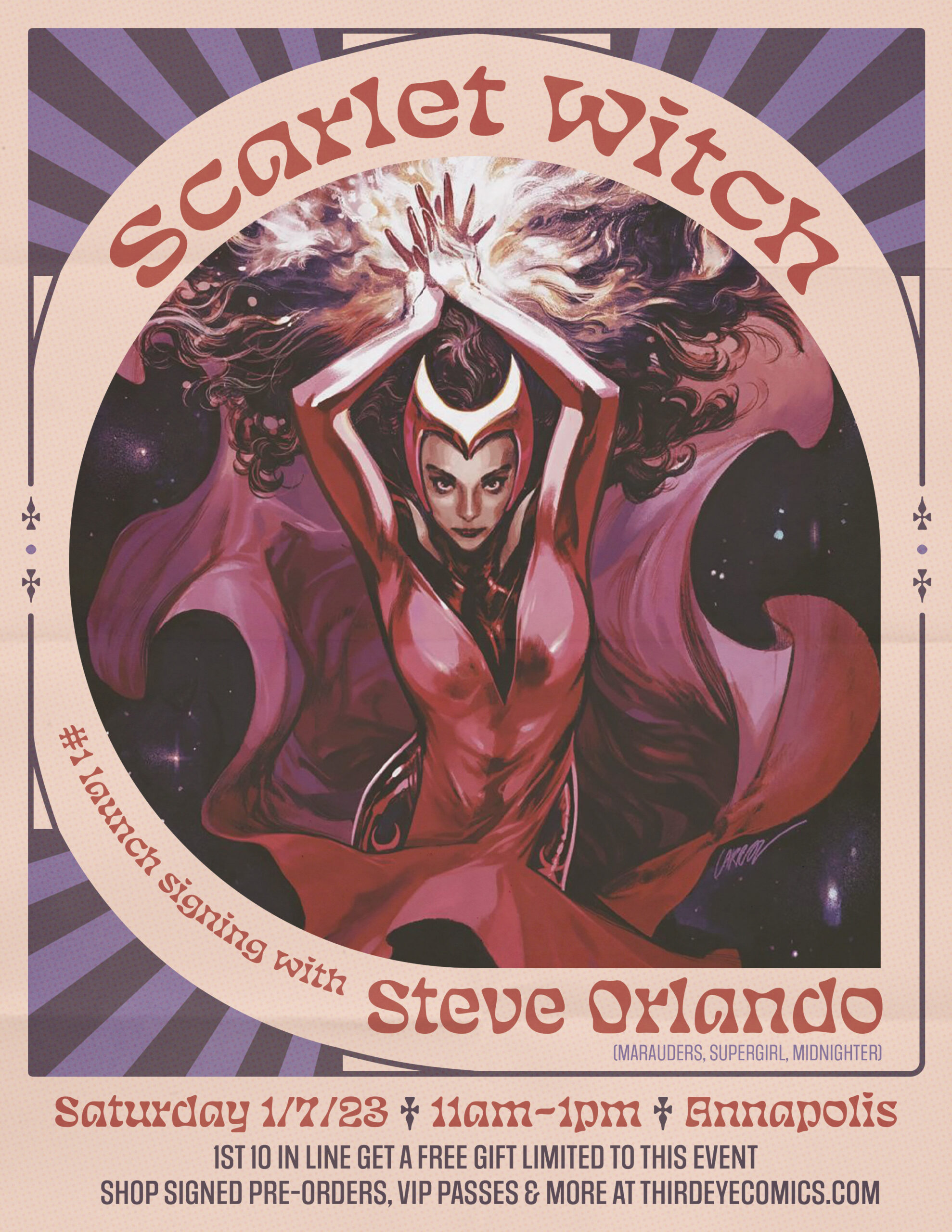 Third Eye Faithful, get ready for a magical signing coming up this January! Marvel is unleashing an all new series for SCARLET WITCH #1 and we’re bringing in the writer STEVE ORLANDO to celebrate! So join us at Third Eye Annapolis on SATURDAY 1/7 from 11AM-1PM & get some signed comics!

WHAT’S THE SCOOP ON SCARLET WITCH #1? 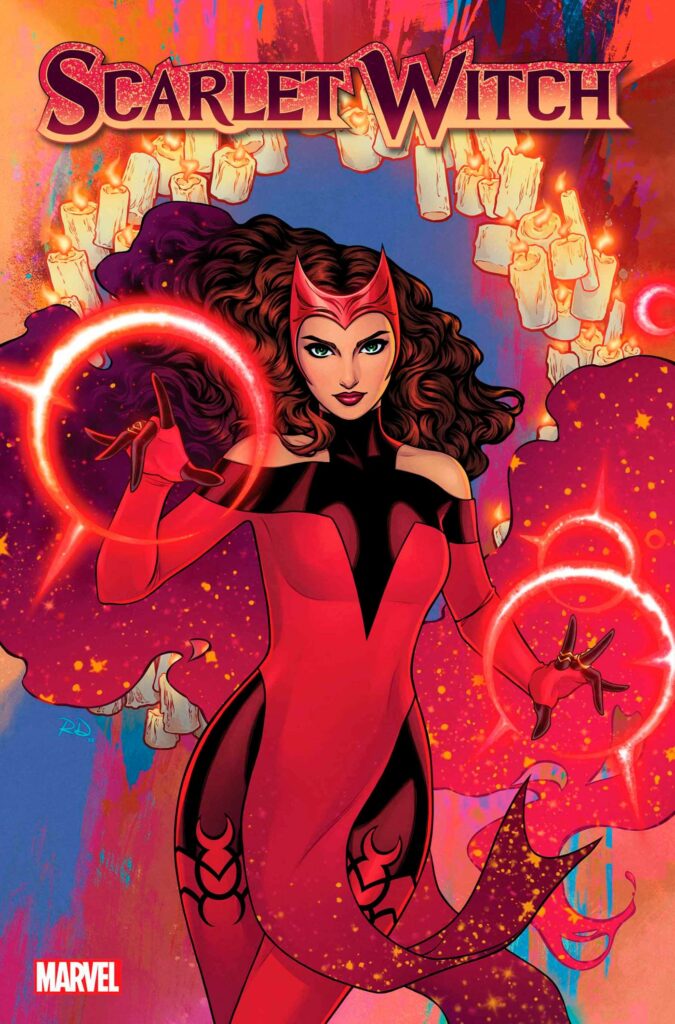 There is a door that appears only to those who need it most, who have no one else in the world to turn to. On the other side of this door is the witchcraft shop. Friend or foe, human or otherwise-if your need is great and your hope is gone, there you will meet the SCARLET WITCH!Wanda Maximoff is familiar with hitting rock bottom-and now that she’s finally found peace, she’s pledged all her power to help others who are languishing at their lowest. But when a woman falls through Wanda’s door with a terrifying story of a town gone mad, the Scarlet Witch will have to muster her wits and chaos magic to deal with an insidious threat! Comic powerhouses Steve Orlando (MARAUDERS; Midnighter) and Sara Pichelli (ULTIMATE SPIDER-MAN; SPIDER-MEN) join forces to open a groundbreaking new chapter in the Scarlet Witch’s history!

OTHER WORKS BY STEVE ORLANDO! A new crew sets sail! Captain Kate Pryde’s got the mission – all she needs now is a boat and some mutant sailors to join her on the high seas. Pryde and Bishop must unite a surprising crew of mutants, new and old, to spring Daken from imprisonment at the hands of the primal provocateur known as Brimstone Love! But can the Marauders ever be ready to welcome Cassandra Nova aboard?! One of the most infamous villains in mutant history might be the team’s only chance to unravel a mystery stretching two billion years into the past! Who are the Kin Crimson? The Marauders point their keel toward Shi’ar space, but the Majestrix has raised an intergalactic armada to stop the mutants in their tracks! Cannons ready! Collecting MARAUDERS ANNUAL (2022) #1, MARAUDERS (2022) #1-5 and MARVEL’S VOICES PRIDE (2021) #1 The last survivors of the Multiverse live among us under new, superheroic identities, five survivors of doomed worlds…taking a second chance to ensure our world lives on. A new twist on strange superhero comics, with a bleeding-edge eye on the modern moment, COMMANDERS IN CRISIS follows in the footsteps of Doom Patrol and Thunderbolts as five unexpected heroes come together to solve a murder unlike any other. The victim? Compassion itself…This is ideacide!
A new series by acclaimed writer STEVE ORLANDO (Wonder Woman, Doom Patrol: Milk Wars, Martian Manhunter) and artist DAVIDE TINTO (Marvel Action: Spider-Man), an intense, weird action thriller reminding us about the importance of compassion and hope in the present moment, and putting fists to faces along the way! Spinning out of GRAYSON comes a solo series starring the man who can predict your every move…but no one will be able to predict what he’ll do next! A theft at the God Garden has unleashed a wave of dangerous biotech weapons on the world, and Midnighter intends to put that genie back in the bottle by any means necessary. But something else was stolen from the Garden as well…the secret history of Lucas Trent, the man Midnighter once was! Collects MIDNIGHTER #1-7, plus the Sneak Peek story from CONVERGENCE: NIGHTWING/ORACLE #2.