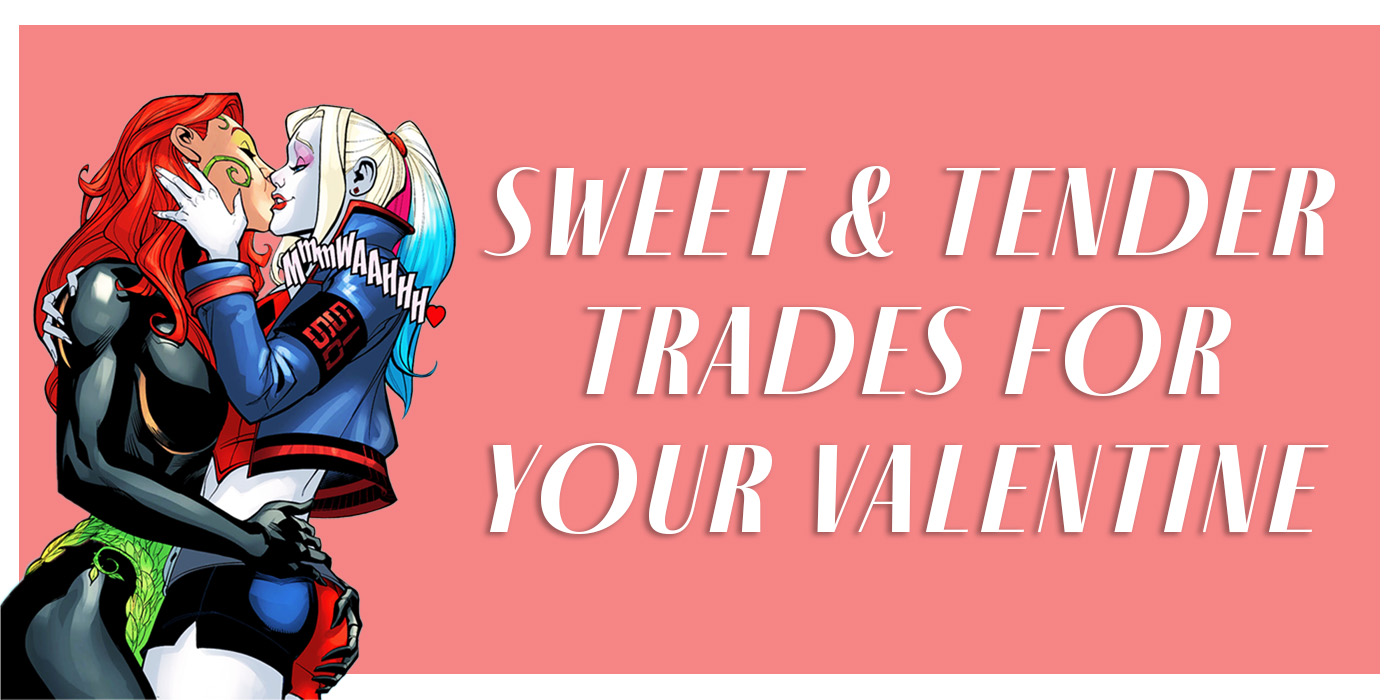 Hey Third Eye Faithful, love is in the air and what better way to celebrate than with some sick comics! We have tons of awesome stories to choose from so grab one of your favorites as a gift for your loved ones or practice some self love and pick up a new series to dive into for yourself! However you celebrate, we got the gift for you! Take a look at some of our top V-day picks!

From New York Times bestselling writer BRIAN K.VAUGHAN (Y: The Last Man, Ex Machina) and critically acclaimed artist FIONA STAPLES (Mystery Society, North 40), SAGA is the sweeping tale of one young family fighting to find their place in the worlds.  When two soldiers from opposite sides of a never-ending galactic war fall in love, they risk everything to bring a fragile new life into a dangerous old universe.  Fantasy and science fiction are wed like never before in a sexy, subversive drama for adults.
This specially priced volume collects the first arc of the smash hit series The Onion A.V. Club calls “the emotional epic Hollywood wishes it could make.”

HADES AND PERSEPHONE’S STORY IS REIMAGINED IN LORE OLYMPUS!

Scandalous gossip, wild parties, and forbidden love – the Greek tale of Hades and Persephone gets a romantic modern update in the gorgeously illustrated, Eisner-nominated Lore Olympus, including a brand new, exclusive short story! An ingenious take on the Greek Pantheon, this is the modern update on the story of Hades and Persephone. Follow the propulsive love story of two Greek gods, told with lavish artwork and contemporary sensibilities.

HEARTSTRINGS WILL BE PULLED IN THIS LGBT COMING-OF-AGE LOVE STORY LAURA DEAN KEEPS BREAKING UP WITH ME!

Laura Dean, the most popular girl in high school, was Frederica Riley’s dream girl: charming, confident, and SO cute. There’s just one problem: Laura Dean is maybe not the greatest girlfriend.
Reeling from her latest break up, Freddy’s best friend, Doodle, introduces her to the Seek-Her, a mysterious medium who leaves Freddy some cryptic parting words: Break up with her. But Laura Dean keeps coming back, and as their relationship spirals further out of her control, Freddy has to wonder if it’s really Laura Dean that’s the problem. Maybe it’s Freddy, who is rapidly losing her friends, including Doodle, who needs her now more than ever. Fortunately for Freddy, there are new friends and the insight of advice columnists like Anna Vice to help her through being a teenager in love.

An epic graphic novel about a girl who travels to the ends of the universe to find a long lost love, from acclaimed author Tillie Walden. Throughout the deepest reaches of space, a crew rebuilds beautiful and broken-down structures, painstakingly putting the past together. As Mia, the newest member, gets to know her team, the story flashes back to her pivotal year in boarding school, where she fell in love with a mysterious new student. When Mia grows close to her new friends, she reveals her true purpose for joining their ship-to track down her long-lost love. An inventive world, a breathtaking love story, and stunning art come together in this new work by award-winning artist Tillie Walden.

Now that high school is over, Ari is dying to move to the big city with his ultra-hip band, if he can just convince his dad to let him quit their struggling family bakery. Though he loved working there as a kid, Ari cannot fathom a life wasting away his days over rising doughs and hot ovens. But in the midst of interviewing candidates for his replacement, Ari meets Hector, an easy-going guy who loves baking as much as Ari wants to escape it. As they become closer over batches of breads, love begins to bloom . . . that is, if Ari doesn’t ruin everything.

Suzie’s just a regular gal with an irregular gift: when she has sex, she stops time. One day she meets Jon and it turns out he has the same ability. And sooner or later they get around to using their gifts to do what we’d ALL do: rob a couple banks. A bawdy and brazen sex comedy for comics begins here, by MATT FRACTION (SATELLITE SAM, Hawkeye) and CHIP ZDARSKY (Prison Funnies, Monster Cops).

Paprika is a successful New York businesswoman. She neglects her personal life and relationships in favor of pursuing her career. Her heart was broken by an old flame, and her rigid upbringing has made her introverted to a debilitating degree. Despite all this, she still wants a romantic relationship-she just doesn’t know what she’s doing. Not like Dill, the handsome delivery boy with an angelic attitude who’s always surrounded by besotted women. He doesn’t have a worry in the world, and that makes Paprika very nervous. But maybe he’s the guy who can help her with her feelings-and with sex.
Bridget Jones’s Diary meets Sex and the City with a pinch of The Devil Wears Prada!